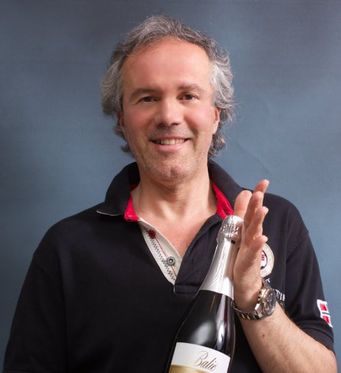 Bojan Boskovic, born and raised in the capital of the former Yugoslavia-Belgrade. Descendant of Montenegro principality, a tiny little kingdom on the Adriatic sea, with the variety of the most beautiful scenery in the world. Last name inherited of great, great grandfather named Bosko (Boskovic-son of the Bosko).

Enrolled in Southern Illinois University in Carbondale, Illinois. Returned to native country and concluded education in a business school for foreign trade; export/import. Started his first business in 1990. All this time during his education has worked part time in two of Yugoslavia's biggest wines companies. Learned practical aspect of the business. Totally obsessed with oenology. In his Montenegro blood, is wine and grape wine cultivation, genes inherited directly from his royal ancestors.

Traveled around the world. Visited most famous wineries and wine regions in the globe. Tasted and degustated the best, but still extremely proud of his native product indigenous vines from his part of the world. Unique and world renowned. Spent summers and many weekends in the great vine tunnel in his family summer home near his native city.

In 1993, decided to come to the United States to serve apprenticeship under his uncle, Savo Balic, proprietor of the third oldest winery in New Jersey. Brought new formulas from his native land, which dramatically changed the selection of fine wines at the winery, to a huge "varietals" of premium and prestigious wines.

In April, 2002, with his American partner, took over to continue the tradition of Balic chateau in America.